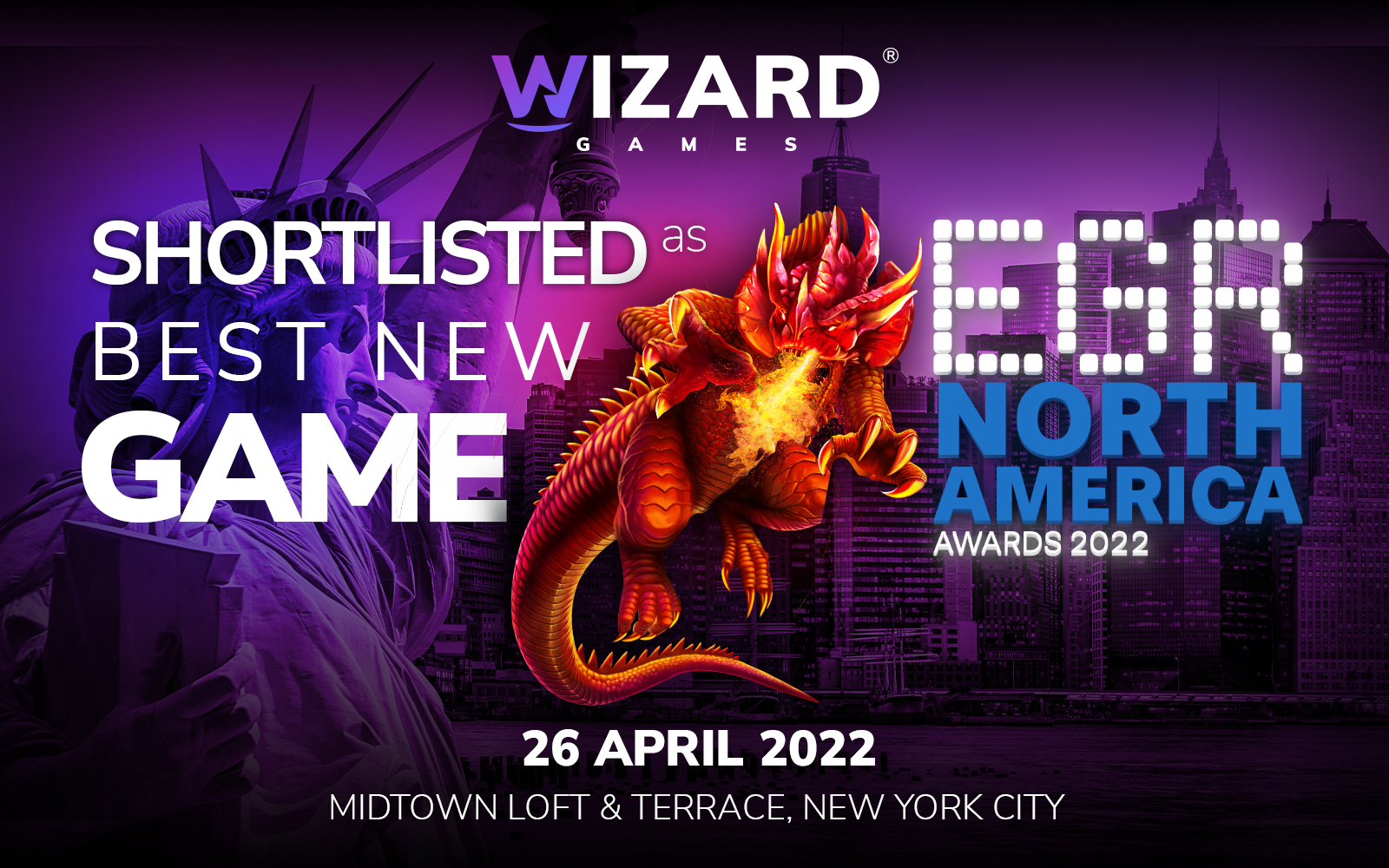 Wizard Games has been shortlisted at EGR North America Awards 2022

We are delighted to have been shortlisted at the prestigious EGR North America Awards!

Wizard Games has been nominated in the Best New Games category for our hit Dragons of the North, which has had an outstanding performance since its launch in Canada and the US in 2021.

The award recognises the slot studio that has produced the stand-alone game that made the biggest impact during the past 12 months in North America and we are thrilled to be considered.

The EGR Awards celebrate excellence in the North American online gaming industry and the nomination is testament to the hard work that Wizard Games has undertaken to establish itself as a leading games studio in the US and Canada.

The awards evening will take place April 26 in New York City and we look forward to it and wish all other nominees good luck!